This year at the 2021 annual shareholders
meeting of Berkshire Hathaway the dynamic duo of Warren Buffet
and Charlie Munger was back, and they even brought Greg Abel,
Ajit Jain and Becky Quick to the party. Okay, they didn’t really sit that close. Remember – social distancing is key. Warren Buffett, a.k.a. the GOAT delivered some
great investing takeaways for us when he: – Reminded us that speculation and
investing are not the same thing – Discussed the dangers of
investing in “hot” industries – Explained a method for identifying
strong stock market companies; and- Told us that the current economy is
the most interesting movie in economics that him and Charlie have ever seen This is the Swedish Investor, bringing you the best tips
and tools for reaching financial freedom through stock market investing. During the last year, trading apps have
gained a ton in popularity. Without mentioning any names, one of the most
popular apps, which is frequently advertised here on YouTube, increased its number of users
by more than 50% during this period. With slick interfaces, gamification and advertised as
having no costs (although that is not true), these apps have been bringing in tons of
new comers to the stock market.

If any of you are watching this video, I’d like to
welcome you to the wonderful world of investing! Welcome! However, a word of caution. Warren Buffett says that this is probably the
fastest inflow of gamblers, people who day trade and expect to become rich through stocks
overnight, that we’ve ever seen. Buying and selling 7 days puts and calls on Apple is
not investing, that is pure speculation.

And there are more gambling
tendencies going on. Special purpose acquisition companies, or SPACs,
have been gaining in popularity as of late too. A SPAC is essentially a listed shell company
which investors put their money in, and this money is intended for taking
an unknown private company public. SPACs go against pretty much everything that both
Buffett and Munger have been preaching over the years. For starters, SPACs remove a key ingredient
for good investing – patience. There’s a limited time during which the capital
in a SPAC must be used, usually two years. Otherwise, the money goes back to the investors and
the manager of the SPAC leaves without his bonus. Buffett says that if someone points a gun to
his head and tells him that he must find a company to invest in in two years,
sure, he will find one. If that is a valuable company that will benefit the
shareholders is, of course, a totally different story. The casino-like tendencies don’t end here. During Berkshire’s annual shareholder meeting Buffett
was also asked what he thinks about Bitcoin. He ehm ..

“doged” the question, saying that his
answer would upset 100,000s of Bitcoin holders and only encourage perhaps 2 Bitcoinbears. However, he has made his point about the cryptocurrency
before, and his partner Charlie Munger still wasn’t afraid to make his view
clear, as he said that “I think the whole development is disgusting and
contrary to the interests of the civilization. And I’ll leave the criticism to others.” I’d like to add that in the chat on the
live stream of Berkshire’s meeting, the only thing people were talking
about basically were cryptos.

Moreover, I’m getting a lot of spam comments on
this channel from bots who are trying to fool people into investing
with shady managers. What do you think is the best thing to talk about right now
for these bots to lure in the uneducated investor? Well, it is cryptos. You know that old saying that when even the cab driver
thinks it is a good idea to invest in something, it is time to sell? This is worse than that. The music may still be playing, but I for one, would
at least ask myself if it may be time to stop dancing. Imagine being back in 1908 when Henry Ford’s
Model T was first released. This was arguably the first car to reach commercial
success, and people saw the automotive industry as one that would change
the world as we knew it.

During the century, it certainly did. The horse and carriage were abandoned for
something faster, more comfortable and perhaps surprisingly these days,
something which seemed less dirty. In an article from 1894 in the Times,
one writer estimated that in 50 years were the current trends to continue, the streets of
London would be buried under nine feet of faeces. No kidding. However, even though the automotive industry
grew into the behemoth that it is today, it didn’t produce any great profits for the companies in it,
nor did it produce any outsized returns for these companies’ shareholders. On Berkshire’s 2021 annual shareholder meeting,
Warren Buffett brought up a list of companies beginning with the letters Ma that have been
active within the automotive industry in the U.S. at one point or another. Out of these 40 companies, remember, these are
only the ones starting with the letters Ma none exists anymore. They were all in an industry with great potential,
riding a big coattail, but they failed nonetheless. 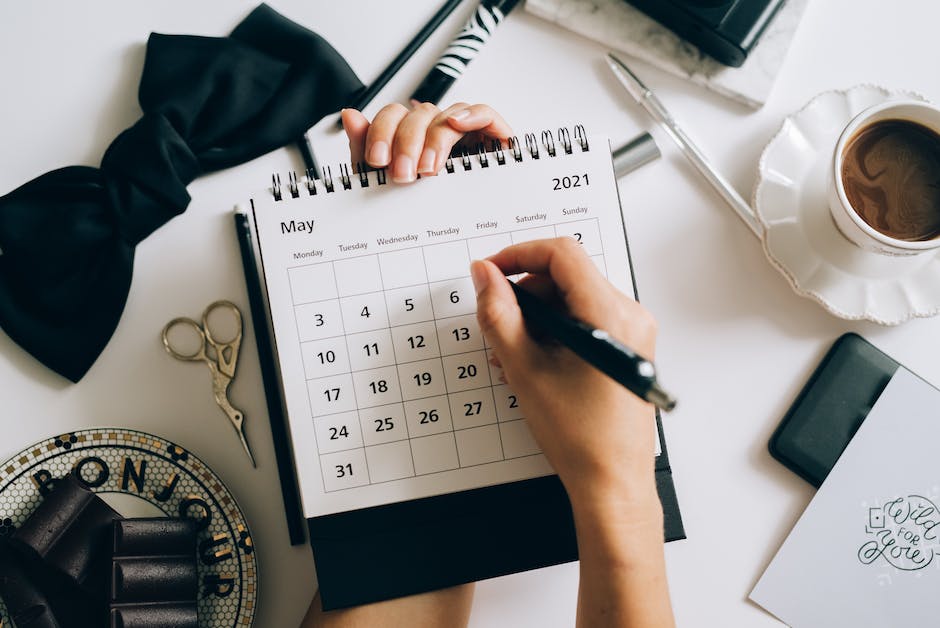 If you think that Buffett is cherry-picking,
you should check out the airlines industry, the statistics may be even worse there. Peter Lynch is another famous
investor with a similar thinking. In his excellent book “One Up on Wall Street”
he states that: “If I could avoid a single stock, it would be
the hottest stock in the hottest industry, the one that gets the most favourable publicity,
the one that every investor hears about in the car pool or on the commuter train – and
succumbing to the social pressure, often buys.” There are exceptions of course, just because
a company is in an industry with a lot of potential it is not certain that competition
will be able to steal all its profits.

Just remember that competition in a capitalistic
economy is brutal and that it is difficult to stay at the top, especially
in crowded industries. Among the 20 most valuable companies from 1989,
not a single one of them is still on the list in 2021. I’d say that the conclusion to this is that you’ll have
to be careful about how much you pay for a stock, no matter how good the story
surrounding it may be. During this year, Buffett was quite straight forward about
one thing – how he determines if a business is good or not. He stated quite frankly that Facebook,
Microsoft, Google and Apple are better businesses
than Berkshire Hathaway. Why? Because they have higher returns on capital. Berkshire has some $187b in Property, Plant and
Equipment (which is a line in the balance sheet) while Apple has some $37b. Despite the fact that Berkshire has invested
effectively $150b more in its business in these types of assets,
Apple earns a lot more. This is the power of Apple’s
products and its brand. It invests less capital to achieve even more. For the quants out there, Buffett hints that
to calculate a fair return on assets he would include two other lines in the balance sheet too
– the Receivables and the Inventory.

If you think about it, this is what capitalism is all about
– receiving a return on capital. Okay, so should you simply go out there and invest
in the companies with the highest returns on capital? Well, it would be nice if it were
that simple, right? The problem is that these companies don’t
exactly grow on trees and, as a result, they typically command high prices
(or multiples) in the market.

Moreover, just because they have had great
returns on capital in the past it doesn’t necessarily mean that
they will have that in the future too. Remember from the last takeaway
– competition is harsh. If you want to dig deeper into how one
can find strong stock market companies with great competitive advantages, check out my
takeaways from Michael Porter’s Competitive Strategy. Buffett states that the current monetary policies of
ultra-low interest rates, combined with an aggressive fiscal policy of delivering
stimulus checks to people, result in the most interesting movie in economics
that him and Charlie have ever seen (and remember, they are 90 and 97 years old
these days so they've seen quite a lot!).

Buffett continues and says that since markets have
been rising and electorates have been happy these policies are likely to continue. People have become truly numb to number. That the U.S. governmental debt exceeded
$28 trillion for the first time on March 1 this year doesn’t mean anything to anyone. However, receiving a check of a few $100s
does mean something to some. But, there’s no such thing as a free lunch and
Buffett emphasizes that in economics, you must always ask: “And then what?”. Everything has secondary
and tertiary effects here.

Charlie Munger says that if you are not a little bit
confused by what is going on right now you don’t know what is going on. As an advice to investors, Buffett goes onto
saying that you should acknowledge that you cannot really know what will happen in the future,
and act so that you are fine either way. Only time will tell how this movie will end. That was it for the investing takeaways
that Warren Buffett delivered during the 2021 Berkshire Hathaway AGM. To be sure, I for one is looking forward to hearing
what Warren Buffett and Charlie Munger have to teach us about investing when
Berkshire’s annual shareholder meeting hopefully is returning to Omaha in 2022. Cheers guys! Hope to see you again real soon..

In this video you will learn about the most important investing & money advice that the “Oracle of Omaha” Warren Buffett shared on the Berkshire Hathaway annual meeting during 2021. I have summarized the most relevant information for you and your stock market portfolio. There are definitely some interesting takeaways from this year’s meeting, and I hope you enjoy them.

Here’s a link to the full Berkshire Hathaway annual meeting, covered by Yahoo Finance, in case you’d like to review all the takeaways from 2021: https://youtu.be/gx-OzwHpM9k

Timestamps for re-watching the most important investing takeaways from Warren Buffett:
00:56 The Stock Market is No Casino
04:19 Exceptional industry? Terrible Investment.
06:57 What Makes a Strong Company?
08:51 “The Most Interesting Movie in Economics We’ve Ever Seen”

My goal with this channel is to help you make more money and improve your personal finances. How to become a millionaire? There are many ways to get there – investing in the stock market, becoming a stock trader, doing real estate investing, or why not becoming an entrepreneur? But whether you are interested in how to invest in stocks or investing strategies for creating passive income with rental properties – I hope to be able to provide you with a solution (or at least an idea) here. Warren Buffett - the greatest investor of our time - says that you should fill your mind with competing ideas and then see what makes sense to you. This channel is about filling your mind with those ideas. And in the process – upgrading your money-making toolbox.